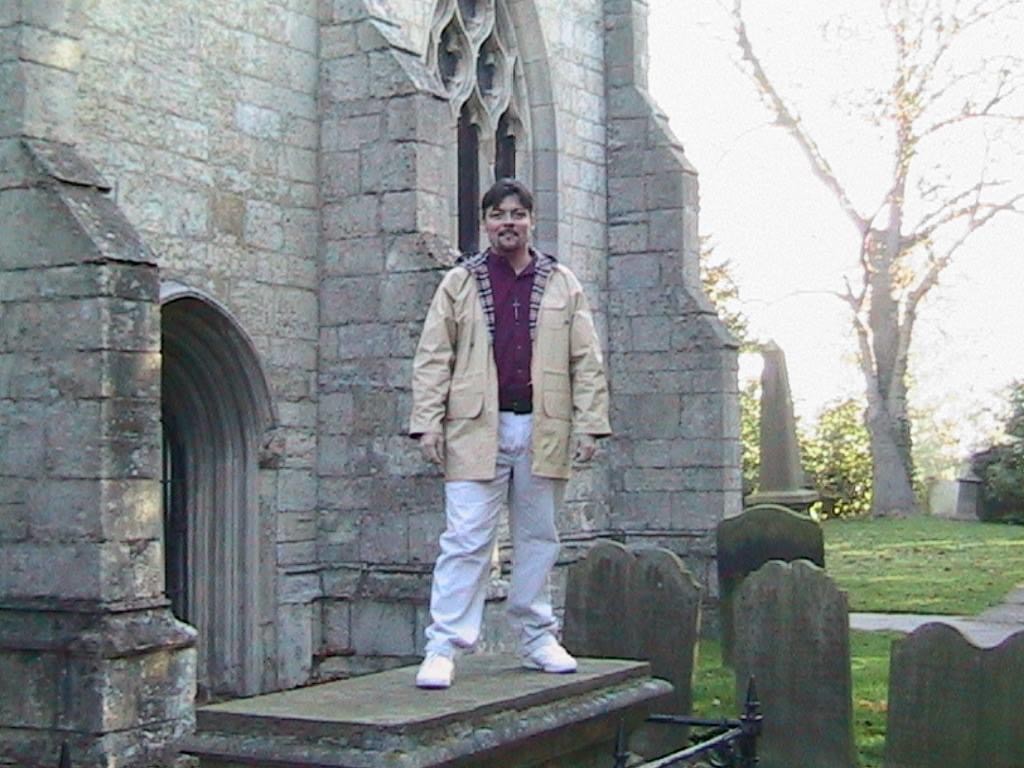 In 2001, I was fortunate to be able to go to England and visit the sites where John and Charles Wesley established the Methodist movement. While there I was moved by the culture and architectural structures of the formal glory of the United Kingdom. We visited Oxford and Aldersgate Street where Wesley's heart was strangely warmed and traveled all over England. I even stood on Samuel Wesley's tomb where John Wesley preached because he was forced out of the rectory and not able to speak truth. The grave was owned by the family and he could stand on it and preach without major confrontation from the Church of England. I remember visiting ruins of great cathedrals which had become museums and mausoleums. The people of England have no "spiritual" hope as these great edifices have become memorials glorifying the past and not looking toward the future.

During the day we would eat an expensive lunch (bowl or soup and bread) costing about $18 American dollars. The cost of the soup was not what was surprising, it was where we ate and why we ate there. We would eat lunch in the fellowship halls of Methodist congregations who could no longer afford their buildings and served lunch at a cost to keep the building open.

Today the Lord reminded me of the trip to England and of the FIRE 🔥 which has been lost. Are we headed down the same path? Will the Church come out of this social distancing with our mindsets and actions the same as they were before?

We have been forced out of our churches and no longer have a platform to proclaim the TRUTH! We have been concerned about being politically correct rather than preaching the gospel to see true transformation in the hearts of others. Many pastors have compromised because they are afraid of the "religious institutions" and "personal advancement" rather than speaking truth to the people in whom they are entrusted to by God.

I believe when we come out of this crisis it will not be church as usual. The church will not survive unless it adjusts to move with the heart of God. It can no longer be institutionally driven. The church will need to adjust as a large influx of people seeking the truth will come to church for the first time in years.

REVIVAL IS COMING! REVIVAL as we have never known it before. It truly is an exciting time to be alive.

By accepting you will be accessing a service provided by a third-party external to https://resurrectionlifestyle.org/